The Solution to Terrorism

The TERRORIST comes to STEAL, and to KILL, and to DESTROY.

The solution to terrorism is Jesus. 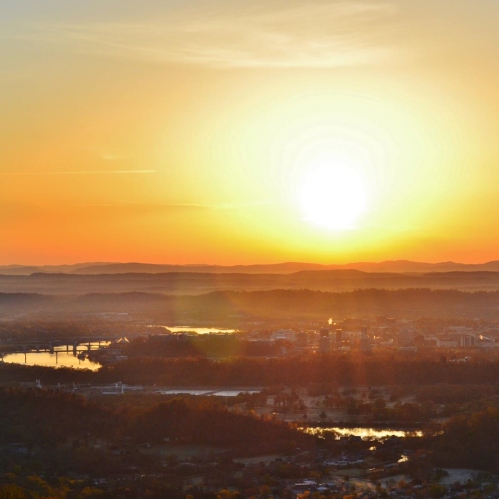 If I was a tea pot, like the red one sitting on my kitchen stove, there would be a long, tall stream of steam shooting skyward out of my head – or at least sideways out of my ears. 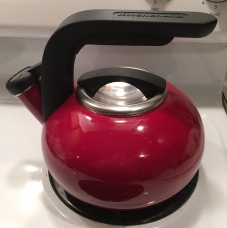 The time that our current president has been in office has been the equivalent of turning up the burner under the pot a notch at a time. Each year he has turned the dial, cranked up the heat, and slowly but surely caused my emotions to boil.

The whistle from the kettle hit full pitch when I heard from Sec. of State John Kerry that our sailors were released by the Iranians as a result of “negotiations,” which are meant to make us “safe” and “strong.”

Long ago, from around 27 B.C. till around 180 A.D., when Rome was the world power, they managed to maintain a “miraculous” amount of peace. This long and unprecedented time was called the Pax Romana, or “Roman Peace.” Among other things, it ensured its citizens of safe travel, safe access to trade, and just treatment under the law. But what brought about this peace, and what maintained it?

The peace of Rome was maintained with fear, pure and simple. However, the kind of fear that kept the peace was not the kind ISIS is famous for. No, the fear that kept this peace was the understanding that breaking the law had consequences. No matter who you were, or how powerful you were, the rule of law was supreme. Pax Romana epitomized the concept of “rule of law.”

For example, in two different cases the Apostle Paul was treated unjustly by local officials, but then used fear of Roman law to make his persecutors tremble. In Acts 16:35-40 we read of where Paul had been beaten and jailed. When the magistrates of Philippi sent word through a jailer that Paul and his team could be released, Paul would have none of it.

“But Paul said to them, ‘They beat us in public without a trial, although we are Roman citizens, and threw us in jail. And now are they going to smuggle us out secretly? Certainly not! On the contrary, let them come themselves and escort us out! ‘ “ – Acts 16:37 HCSB

When the magistrates got the word, they were greatly afraid and did exactly what the Apostle Paul asked. Why? Because what they had done could have cost them their lives. You just didn’t treat a Roman citizen that way!

The peace of Obama is maintained by bowing, cowering, capitulating, appeasing, and selling our people down the river. Seeing pictures of our sailors on their knees, hands over their heads, and surrendering their weapons to an enemy that shouldn’t have been able to get within a thousand yards of them is supposed to make me thankful for a nuclear agreement with Iran…but it only makes me steam! 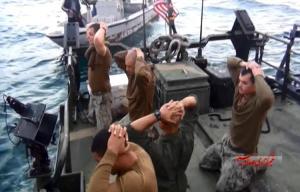 Had it been Roman sailors (with satellite, air, and naval support), negotiations would have never been necessary. Iran would have rather back-stroked scratched and naked in a pool of Great White sharks than humiliate the most powerful military in the world.

But we have Obama, not “Romana.” So let us drink tea.

It may come as a total shock to some of you, but I have a history of getting myself into trouble when I speak too quickly. My wife has said that when I die she is going to have the following words etched on my tombstone: “I can’t believe he actually said that.”

Yes, I can get myself into situations which may require an apology, or at least a re-phrasing of a previous comment. But hey, that’s OK. I’d rather have people sit a little on edge when I speak than never pay any attention at all.

One thing about Donald Trump, if nothing else: he refuses to be intimidated. Maybe that’s why I have a hard time disliking him. Will I vote for him for president? Probably not. However, politics – life in general – would benefit from more people speaking without industrial-strength filters cleansing their speech of everything offensive. Wouldn’t it be wonderful if people would just say what they mean and mean what they say?

So many are afraid of letting Mr. Trump speak out with regards to immigration, the economy, and the military. They are afraid his “tone” is making things worse, that is actually offensive. Frankly, having someone speak his mind without fear or intimidation is like a breath of fresh air. It’s the silver-tonged politicians who lie out of the both sides of their mouths that scare me.

My advice to Donald Trump is to just keep doing what he is doing, especially if it makes people in Washington uncomfortable.

Unless you are simply not paying attention, Iran is now going to become a nuclear-armed terrorist nation, thanks to an agreement that was written by the equivalent of worn-out parents of spoiled toddlers.

I have no respect for our President and John Kerry. None. Period. Nada. These guys are going around praising a nuclear agreement that goes against any and all logic, unless, of course, you’re an enemy of Israel, America, and democracy world-wide. There used to be a day when America was feared and respected, even if she wasn’t liked. However, our current leadership has made the great United States of America a laughing stock in the eyes of those who seek our demise.

Just my “unfiltered” thoughts, that’s all.

And speaking of “unfiltered,” I want to speak honestly to the folks at Planned Parenthood, along with the people that adore that satanic entity: there is a hell.

If you are not aware of the recent video that surfaced, a video showing a senior official at Planned Parenthood casually discussing selling the parts of aborted babies, then click on THIS LINK and prepare to be disgusted. Planned Parenthood can try to explain this away all they want, but the fact remains: they kill babies and sell their body parts.

Jesus didn’t filter His words, either, especially when it came to people like this. He said:

“And whoso shall receive one such little child in my name receiveth me. But whoso shall offend one of these little ones which believe in me, it were better for him that a millstone were hanged about his neck, and [that] he were drowned in the depth of the sea.” – Matthew 18:5-6

Did you get that? Jesus – yes, Jesus – had harsh words for those who harm or deceive children. He made it clear that what awaits them, one day, is going to be far worse than having a 2-ton stone tied to their neck and tossed into the ocean. I wonder what He thinks of those who chop them up for profit?

Well, there you have it: my unfiltered thoughts on today’s news. I feel a little better.

Disclaimer: Due to the author’s sense of humor, those without one should skip this article.

Sometime last month (between August and September, 2011) the primates of Iran were in mourning. What was supposed to be a small step for monkey, a large tree swing for monkeykind, ended in tragic failure. Now, all space monkey programs are on hold, indefinitely.

Recently, it was learned that Iran had attempted to send a live monkey 75 miles into space for a 20 minute orbit. Soaring into history inside the Kavoshgar-5 rocket, this little squeaker was going to show the world that Iran was that much closer to either putting a man in space, or launching banana hurling chimps at America. But something went wrong – terribly wrong. (Click here for the news story) 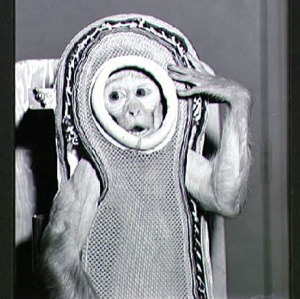 What amazes me is that it has been over 52 years since NASA sent 2 monkeys, Able and Baker, into space (May 28, 1959). Both survived. Miss Baker even went on to live to 27 years while staying at the Huntsville Space and Rocket Center in Alabama.

NASA went on to send even more monkeys into space. The lessons learned from these missions were invaluable to the growing space program which ultimately put men on the moon in 1969, just ten years after the first monkey went ballistic (pun intended).

Now we have Iran attempting to do what we did 52 years ago (without Windows 8), and they still failed. How depressing that must be! How embarrassing for the poor little dessert monkeys! Surely they are wishing they could defect to a Western zoo about now.

So, I couldn’t help but think about something. We all know that Iran hates us, correct? I think I know why. We have more advanced griping skills. Let me explain.

Since 1969 Americans have been without excuse for failure. Since then there have been unbelievable advances in every kind of technology known to man. Why? Because whenever there was a need, all somebody would have to say was, “We can put a man on the moon, but we can’t…” Here are a few examples of how that would sound…

You see, all someone would have to do is throw out that “man on the moon” thing and genius would be shamed into action. I just can’t help but wonder if that is why Iran is always in such a bad mood. Is this why they hate us so much, aside from supporting Israel, and all? I mean, when you stop and think about it, they can’t even elevate themselves to the same level of complaining!

But when it comes to standards, there is one that we all fall short of – the holiness of God. We can look at our own achievments and compare them to others, but how do they compare to God? We can compare our righteousness to the deeds of our neighbor, but how do we compare with God?

“Sanctify yourselves therefore, and be ye holy: for I am the LORD your God.” – Leviticus 20:7 KJV

We can put a man on the moon, but we can’t save ourselves. We can do great and wonderful things, but we can’t achieve holiness. The heart of man is “desperately wicked” (Jeremiah 17:9). The only way we can truly be “holy” is when we “put on Christ” (Romans 13:14). Then, and only then, can we rise to our full potential, for we can “do all things through Christ.”