Emma’s Birthday (and a guest post from a daughter)

Hey, folks! Check it out!

But what I wanted to do for you (and her) is share what our daughter Alicia wrote on her Facebook page. I believe you will be blessed (and she won’t mind).

But let me tell you what, her first birthday party was the event of the year in Charleston, SC! I shudder to think what her Sweet 16 will be like!

But again, I hope you’re blessed with Alicia’s story.

One year ago today a beautiful baby girl was born into this world. Due to her prematurity she would be rushed to the NICU where she was cared for by amazing nurses and doctors. There she thrived with the love and nurture of strangers for ten days until we were chosen to be her parents. On January 16th, 2019 we got a call that flipped our world upside down and the journey it set us on has been amazing. We had waited so long to adopt that I was beginning to wonder if it would ever happen for us. I never should have doubted God because he taught me a huge (and expensive) lesson on patience and trust.

The day we met her there was a very special nurse that watched us from afar as we cried and held our little girl for the first time. She later came to us and told us that she had been rocking her earlier that evening and praying over her. You see, she did not know at that time that her birth mother had chosen adoption for her. All she knew was the circumstances of her birth and that she had not had any visitors for ten days. She later told us that the very day we came to meet Emma was the day she had been rocking and praying over her. She prayed for God to do something special in her life and to watch over her. To bring her love and a good home. Little did she know that God would provide just that the very same day! Not only did we cry seeing her that night, but this angel of a nurse said she cried too watching from afar as we met our daughter for the first time. Whew! That still makes me all wet eyed!

For seven weeks we went back and forth to the hospital every day to see our sweet girl. We fed her, cuddled her, bathed her and cherished our quiet time bonding with her. We were ecstatic to take her home the day after Valentines Day. We were nervous, but embraced parenthood. It has been about ten months since we brought her home. Ten blissful months. Yes, there was fighting, crying and exhaustion. We had a hard time adjusting to the roles of a working mom and a stay at home dad busy with school, but we did it. Somehow together we got through it and we wouldn’t have done it any other way. I wouldn’t trade those moments for anything in the world.. we finally have a baby girl!

She has grown to be so fun, loving and so very sweet. The way she gets excited when her daddy walks into the room warms my heart and the way she looks for me across the room when she is starting to get nervous makes me melt. This feeling must be motherhood and I love it! I thank God for choosing us to be her parents and for entrusting us with her life. Happy First Birthday sweet Emma Lou! We love you so very much and are so excited to share our life with you!!!

Alicia, Emma, and Josh Westbrook. I’m proud of all three of them! 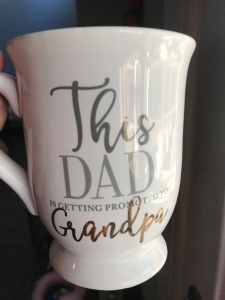 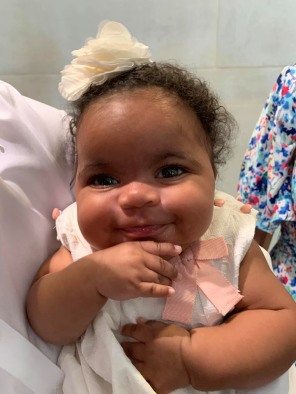 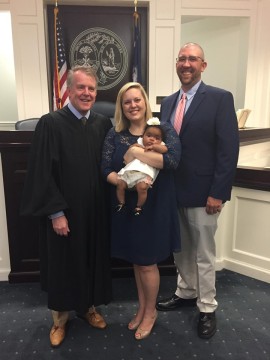 I’m Going To Be a Grandparent!

Unbelievably, the time is come for me to become a grandparent. My oldest daughter and her husband have made plans to adopt, so a grandchild is just around the corner. 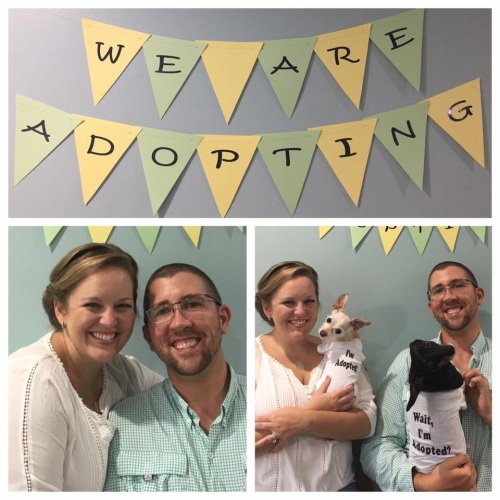 But because we don’t yet know if it will be a girl or a boy, I don’t know if I’m going to become a grandmother or grandfather.

Filed under Parenting, Relationships and Family