Unrepentant Adultery and the Christian: Can the Two Co-Exist?

And, if you’ve ever been in a room like that, have you ever gotten fed up to the point where you couldn’t take it anymore, stood up in your chair, and belted out, “OK, I gotta say something!”?

Today is Valentine’s Day (happy Valentine’s Day to you). It’s a day that, for me, always comes with a mixed bag of emotions and thoughts. For one, I’m glad we have a day that promotes the good things about being “in love” and the valuing of other people, especially women. For the record, it’s a holiday that is banned in several Muslim countries, including the Muslim districts of others, all because it’s considered a Christian holiday and overvalues women. Think about that for a second.

On the other hand, Valentine’s Day is rife with the stereotypical misrepresentations of true love and overflowing with encouragements to sin. And by sin, I mean fornication, adultery, lust, envy, you name it. The worst part is that it’s a day when the sexual aspects of relationships are elevated above everything else, including fidelity, trust, compassion, and selflessness.

So, it’s because of the subject matter of the day that I come to you, dear reader, to vent my frustration and hopefully offer some common sense and biblical wisdom. 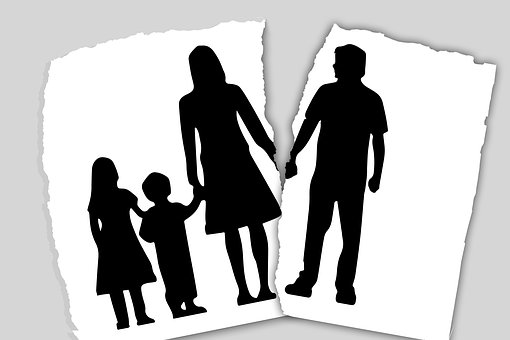 If there had been only one broken relationship, only one divorce, only one potentially devastated child come to my attention in the last couple of weeks, that would still be too many. Yet, just this week I’m looking at several couples and families being destroyed, or potentially destroyed, by adultery and divorce.

On that note, let’s get real and ditch the nice-sounding labels and socially-palatable descriptions of sin, shall we? Married people don’t have “affairs”; they commit adultery.

I’m seeing too many people who call themselves Christians shacking up, playing house, competing with spouses, sharing spouses, buttering up kids that don’t belong to them, and jumping under the sheets like it’s nothing more than a workout at the gym! Folks, it’s called fornication, adultery, greed, idolatry, and, if you want to be honest, murder (because you’re killing – putting “assunder” – what God has joined together).

And get this! As if committing adultery wasn’t bad enough, there are those out there who do these things on a regular basis, then brazenly go to a place of worship!

Think about that… they are sexually active, committing adultery, and going to church together… in public… with no shame or regret. Does it ever occur to them that they are there to worship the Savior who died to save them from the wages of sin? That He bore their pet sin on the cross?

This is the very sin of which Jesus was speaking when he told the woman about to be stoned, “Go, and sin no more” (John 8:11).

And people wonder whether or not God is merciful! God killed Ananias and Sapphira for lying to the Holy Spirit (Acts 5), yet they use HIS house to play house? Do they think that God approves of this?

Why am I writing this? Because I am sick to my stomach. I’m heartbroken. People I love are playing with fire and risking the judgment of God.

I am fearful, also, because those who are doing these things are convinced they are right with God … saved, born again, going to heaven. They have assumed their ticket for the Glory Train has been punched, that their spot is secure, nobody’s perfect, and God is going to love them, anyway. Worst comes to worse, they will deal with the consequences when they come… then, when they are ready, “He is faithful and just to cleanse them from all unrighteousness.” …which, by the way, is the sin of presumption.

Dear friend, if this is you, I fear you’ve been blinded by the Enemy, your sinful heart has been hardened, and you are most likely lost without Christ and on your way to eternal destruction.

How Can I Say That?

Right now there are some of you who are probably thinking I’m some pulpit-banging, self-righteous preacher spitting and yelling at you. You might have a picture in your mind of a red-faced, polyester-suit-wearing, hateful wingnut pointing his finger at you and yelling “sinnerrrrr!” through gritted teeth.

But I’m not; I’m weeping for you! Because somehow, somewhere, you’ve forgotten some very important facts:

You might also be convinced that since somewhere in the past you “got saved” or “became a Christian” that even if you regularly fornicate or commit adultery, your salvation is secure. If you are referring to “eternal security,” I believe in that!

However, it’s one thing to mess up and give in to temptation, be remorseful, repent, and ask God to forgive you; but continually and willfully living in outward disobedience to God is something altogether different and is evidence you’ve never been redeemed. If you are truly a new creation, old things are passed away (2 Cor. 5:17), and what is “new” will want to “keep my commandments” (John 14:15).

The FACT, as stated in the above Scriptures, is that adulterers and adulteresses are ENEMIES OF GOD and WILL NOT inherit the kingdom of God!

In other words, those people who are not born again believers in Jesus Christ, but deceived souls whose nature has never been changed (which is evident by their unrepentant, unashamed, unabashed regular actions that fly in the face of God’s clear commands) will, unfortunately, go to hell.

Am I perfect? No. I don’t pretend to be.

Do I sin? Yes. But I regret it every time and try to avoid the next time.

Blatant rebellion is not what I’m known for; I’m not characterized by it. I have a new nature that fights with the lusts of the flesh in which I live (Rom. 7:14-25), but until this “mortality puts on immortality” (1 Cor. 15:54), the struggle will always be difficult and real. Temptations are around every corner these days.

But if you call yourself a follower of Jesus; if you know what God has said about marriage and adultery; yet, you continue in your sin, like it’s no big deal, you might do well to reexamine your salvation.

“Examine yourselves to see if your faith is genuine. Test yourselves. Surely you know that Jesus Christ is among you; if not, you have failed the test of genuine faith.” – 2 Corinthians 13:5 NLT

Because I care, I had to say something.

39 responses to “Unrepentant Adultery and the Christian: Can the Two Co-Exist?”