Don’t Be Immoral; Be Thankful

As I sit down to type this, I still don’t have a title for the post. Several things have crossed my mind, but nothing has clicked.

When I got to thinking about it, maybe that’s a good thing: having a title before the piece is written could affect what I write. So, I’m going to share what’s on my mind, then come up with a title – hopefully a catchy one.

I was reading through the Book of Ephesians and got to the passage you see in the photo (that’s actually from my Bible). The last part of verse 4 stood out to me so much that I grabbed a couple of colored pencils and marked it (yellow and orange).

But rather… What you have here is an either/or kinda thing. It’s a contrasting statement. Instead of doing one thing, do something else. And what is it that we are to do other than something else?

Give thanks.  Giving thanks is the contrasting opposite to six things described in verses 3 and 4. And what are those things?

Corruption and Comedy.  Notice, the first three (in verse 3) have to do with immoral actions and desires, while the last three (verse 4) have more to do with talking about it. Isn’t that what most comedians talk about?

Unbecoming.  The fact is that sexual immorality, along with even joking about it, does not “become” saints (Christians). It doesn’t look good on us. We can do better.

Why the Highlighted Part?

So why did I highlight the last part of verse 4? it’s because when I looked back at all the sexual sins that are so unbecoming, all of them have roots in ungratefulness.

Simply put, if we would just be thankful and content with what God has given us, then we wouldn’t try to seek out sinful activities to satisfy our longings. It really does make me think the last days are getting closer.

“For people will be lovers of self, lovers of money, boastful, proud, demeaning, disobedient to parents, ungrateful, unholy,” – 2 Timothy 3:2 CSB

Let’s be thankful for what we have and leave what we don’t have alone.

(Now I have to think of a title…hmm.)

50 Shades of the Same Lie

There was a time back in the day when I was not allowed to go to a movie theater. As a matter of fact, it was not until 1977 (I was 10 years-old) that I saw my first movie in a theater: Star Wars.

You see, the prevailing thought back then was that Hollywood movies were of the devil, sinful, ungodly, etc., and no Christian who claimed to be right with God would go pay money to see one. So much has changed since then, hasn’t it?

Really, even though I have seen my share of films since 1977, I am beginning to feel the pendulum is swinging back in the other direction. Not much is worth seeing anymore, and especially 50 Shades of Grey. 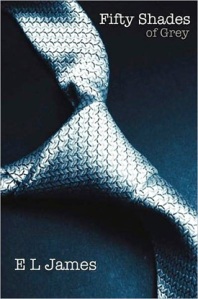 Today is opening day for a movie which is nothing more than filth, smut, prettied-up gutter scum, a proverbial loaded pistol with the hammer cocked aimed at the heart of marriages everywhere.

Like the name of this blog implies, I used to be a legalist, but I have moments of relapse. This might be one of those moments. If you call yourself a Christian and pay money to go see movie which glorifies everything immoral and feeds your own lustful flesh, you’re probably not right with God. I did say “probably.”

There are NO articles to read – it’s ALL pictures!

So, you do what you want, but God knows where you will be come showtime at your local theater. And then later, when you are trying to be intimate with your spouse (and that’s the ONLY one with whom you should be intimate!), God will know what’s going through your mind.

Like I said, I’m not going to go see this mover or read the book; I’ve been scared enough because of other images my mind has recorded over the years. So, if you must know what 50 Shades is all about, my friend Chris Jordan posted a great article with links to all the info you will need.

Warning: the following article may not be suitable for young people.

Is it a double standard to say a thing is completely acceptable, and then criminalize the use of the thing?

Is it hypocritical to say something is protected as free speech under the law, and then prohibit someone from listening or viewing the “speech”?

If something is deemed simply natural, not immoral or subject to the restrictions of an objective moral code, then is it acceptable to restrict someone from doing or partaking in what is simply “natural”?

These are honest questions. They are not meant to be leading. They are simply questions which I have been asking lately, because the double standard and hypocrisy are evident in our laws.

For a while I have had the opportunity to counsel with a paroled sex offender. He is trying desperately to rebuild his life. He is completely repentant and wants to be the man God wants him to be, including provide for his family. The problem is the internet.

Almost everything we do these days, from sending emails to filling out applications, is done online. There are hardly any cell phones for sale that are not internet accessible. Yet, in the case of this man, he is not allowed to be on the internet – period. No phone, no computer, no iPad – nothing that will allow him internet access. Why? Because he might view pornography.

Evidently, a convicted sex offender on parole is prohibited from viewing pornography because it might cause him to want to do sexually illegal things. Really?

Now wait a minute! Haven’t we Christians being talking about the dangers of pornography for a while? Haven’t we said Scripture advises against such things? Sure! And here are just a few applicable verses:

But I say to you that whoever looks at a woman to lust for her has already committed adultery with her in his heart. – Matthew 5:28 NKJV

Marriage [is] honorable among all, and the bed undefiled; but fornicators and adulterers God will judge. – Hebrews 13:4 NKJV

I have made a covenant with my eyes; why then should I look upon a young woman? – Job 31:1 NKJV

Was the Bible wrong? Why is it that Christians and their pastors who preach the Bible are considered “Victorian” and backward? “The human body is a beautiful thing,” they say, “and you Christians are just prudes.”

No, God designed sex for marriage, not the gratification of anyone with internet access. And anyone who views pornography is not only lusting, which is a sin, but he is flirting with a ticking time bomb. Pornography IS dangerous. Pornography IS obscene. And pornography can lead a man to act out his fantasies when viewing them on a computer is no longer good enough.

My question is this: if it is so wrong for a sex offender to view it, all because it might tempt him to commit another sex crime, then why is it perfectly OK for everyone else to view it?