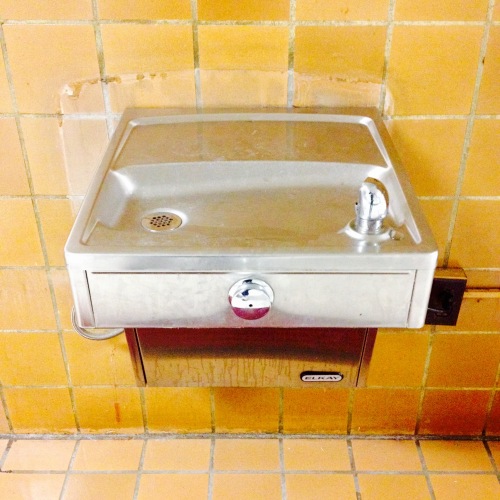 Water on Mars – a Response

Recent word from NASA is that there is water on Mars, and that life on Earth probably came from there a long, long time ago – at least that’s the idea. I mean, it’s just too crazy to believe in a Creator, but life coming from non-life and then traveling through space in order to form a more perfect union, establish justice, and secure domestic tranquility is perfectly plausible.

Just watch as Shepherd Smith on FOX News gets giggly as he and Corey Powell (Discover Magazine) mull over the thought that we all might be Martians.

Unfortunately, what is worrying some Christians (and getting atheists excited) is the idea that if life is found on Mars, then the veracity of the Bible will be called into question. In other words, why put your faith in Jesus Christ if the scientific community can find communities of little green men (or bacteria) alive on places other than Earth?

Don’t worry, dear believers, everything will be OK; nothing has changed.

My response to the whole “water on Mars” thing is a post I published five years ago. The title – Dinosaur Bones Found On the Moon – was provocative enough that it’s still one of the most popular Google searches that leads people to my blog!

So, without any further ado, let’s go back to 2010 for a little perspective.

“Dinosaur Bones Found On the Moon”

What would be the impact on our philosophical, religious, and even evolutionary theories if bones from large reptiles were found on the moon?

Who would be most shaken up?  Would you lose your faith in God? Would you have to rethink your science?  What would it do to you? The fact is that if it would change your core beliefs, then maybe you should re-examine them right now.  You don’t know what may happen just around the corner that could turn your world upside down.

Well, to be honest, this was originally just a test to see what kind of headline really catches people’s attention.  Did it yours?  If so, then why?

Even if dinosaur bones were found on the moon, or even if alien people landed on the White House lawn (really, could they even do that without getting pegged by surface-to-air missiles?), Christianity could stand the test.  As a friend of mine (Steve Castlen) put it:

No it wouldn’t shake my faith because:
1. The creation itself still needs a “Creator”.
2. The fine-tuning of the physical laws still needs a “Tuner”.
3. Moral laws still need a “Law Giver”.
4. The historical evidence for Jesus’ resurrection still stands.
5. And all life, even alien life, can’t come from non-life.

So, what do you think?  There is coming a day when the Bible predicts that the lies from the Enemy would be so strong that “even the elect” would have a hard time not believing them:

For there shall arise false Christs, and false prophets, and shall shew great signs and wonders; insomuch that, if [it were] possible, they shall deceive the very elect. – Matthew 24:24

Give it some thought.