Charlie Gard Will Die. Shame On You.

I know that I have a lot of readers and friends in both England and the rest of Europe, so I feel bad for having to say this about their country and the continent, but shame on your leaders and your medical system!

The news came out today that the parents of Charlie Gard are giving up. Essentially, they’ve run out of time to get help for their little boy. Without doubt, yes, he will now die.

Whatever happened to compassion and the value of life? Oh, I know, so many would like to point fingers in all kinds of directions, especially at my country, America. But what is so important about a hospital’s ability to determine when someone will live or die, despite the parents’ wishes? Is there no Hippocratic oath in Europe?

Really, whether or not Charlie Gard would have lived or died from his disease, was it not the merciful, compassionate, and holy right of the parents to try whatever they could? Doctors in America – Harvard trained – were going to offer their services, but you denied release from the hospital.

Honestly, who made your hospital lawyers and your E.U. panels god?

Americans, THIS is what you get when you have a European-style healthcare system. When you turn over your rights to those who think they know better than you, believe me, they will try to prove it whenever they can. 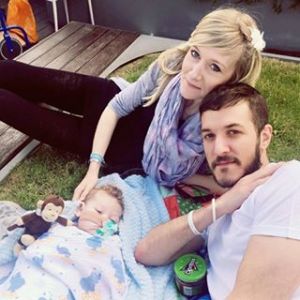 Charlie Gard is going to die, but since his parents were doing the best they could to keep him alive, the death, in my opinion, is nothing less than murder. Charlie Gard was unjustly sentenced to death because all hope was deemed unworthy, and he did nothing wrong. His death sentence was an injustice enforced by the government of England and the self-righteous judges of the European Union.

Shame on you. You will answer to God for what you’ve done.

4 responses to “Charlie Gard Will Die. Shame On You.”