From Regret to Radiance

I can’t tell you how many times I’ve heard someone say of life, “I have no regrets.” It amazes me, for I don’t see how it’s possible. How can one look back on one’s life and find nothing regretful?

To be honest, the only people I’ve encountered who actually said that were people who were unwilling to admit they’ve ever done anything wrong. They are the type of people who, when confronted with some wrongdoing which caused pain in others, refuse to accept any responsibility. Therefore, I believe the person who says he has “no regrets” is either lying or in denial. 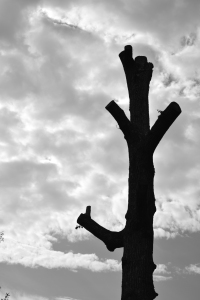 Besides the things I’ve done, there’s also the things I didn’t do. For example, I could have told my dad I loved him the day he died instead of storming out of the house and speeding away.

I could have walked away from that relationship before our hearts were broken and our innocence lost.

And speaking of lost, I could shared Jesus with those people before they went out into eternity. But I didn’t, and I regret it.

Every once in awhile my past creeps back into my mind, bringing with it the pain of regret. There has even been times when I could echo the words of David when he said:

“I am worn out from sobbing. All night I flood my bed with weeping, drenching it with my tears.” – Psalm 6:6 NLT

But like King David, I’ve had to move on. After being judged by God for his sin, David wrote in Psalm 51:8, “Let me hear joy and gladness; let the bones that you have broken rejoice!” (ESV). He begged God for forgiveness, then he accepted it. We must learn to to do the same.

When we fail to accept God’s unmerited grace, we not only waste away (2 Corinthians 7:10), but we open ourselves up to the Enemy’s attacks (1 Peter 5:8). And in case you haven’t noticed, Satan is always ready to attack where we are weak.

“…But one thing I do: forgetting what lies behind and straining forward to what lies ahead, I press on toward the goal for the prize of the upward call of God in Christ Jesus.” – Philippians 3:13-14 ESV

When those painful regrets come to mind, don’t let depression hold you back and weigh you down – press on! Be tough, push the past aside, be disciplined, and press on toward what lies ahead.

God saw our future, along with our past, when He purchased us with His blood. Therefore, what He has forgiven we must also forgive, and that includes forgiving ourselves. Accept that the past happened, but learn from it and rest in the grace of God.

“I sought the LORD, and he answered me and delivered me from all my fears. Those who look to him are radiant, and their faces shall never be ashamed.” – Psalm 34:4-5 ESV

Turn your regrets over to the God of mercy and grace and quit living in shame. He can work miracles with broken things, including your past. You survived for a reason.

You have a hope this darkened world needs to see, so don’t be regretful; be RADIANT!

3 responses to “From Regret to Radiance”