Things to Do In 2019: More Mercy, Compassion, and Grace

I Broke the Law

Oh, I know what you’re probably thinking. Being that I am a Christian, a preacher, and “the recovering legalist,” by breaking the law you think I’m referring to something of a spiritual or biblical nature, like eating pork, or smoking a cigar.

No, I literally broke the law! Like as in a statute recorded in a City Hall – the kind for which a police officer can arrest someone.

What did I do?

Well, this morning I drove my daughter Katie to where she is student teaching in Dayton, Tennessee. She directed me off the main highway and through a part of the town where I rarely visited.

As I came to a 4-way intersection, I looked all over for a stop sign, then up for a traffic light, but I saw nothing (which I thought was odd), so I proceeded cautiously, looking to my left, then right.

That’s when I saw the bright red light. I had just run a red light! I’m a professional driver – I don’t do that kind of thing!

And when you’re in a little 2-horse town, that’s NOT a good thing to do, especially when there’s a budget crunch!

So, why didn’t I see the light? It wasn’t where I expected it to be – nowhere close. It was on the other side of the intersection, about 6-ft off the ground. I just didn’t see it until I crossed the intersection and there it was on my right, shining at me through the passenger-side window.

Thankfully, there was not a police car anywhere close. I can only hope there were no traffic cameras, or else I’m going to have to pay a fine, for I did, in fact, break a law, and ignorance is no excuse.

But how often do people break OUR laws? And by that I mean the kind of regulations and legalistic standards we all have; the kind that lead us to judge others’ spirituality based on how they dress, the tattoos on their face, or what’s in their glass at the restaurant. 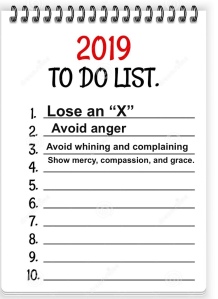 Even when our standards of conduct and demeanor are biblically justified, what if the other person just missed the light at the intersection? What if they never read that verse?

When you have the time, I would encourage you to read or re-read the whole chapter of Romans 14.

If the truth be known, much of the time we find ourselves judging others based on OUR laws and regulations, not the ones the Lawgiver has written. So, in reality, who are we to hold them accountable? It’s not our job.

Who are you to pass judgment on the servant of another? It is before his own master that he stands or falls. And he will be upheld, for the Lord is able to make him stand. – Romans 14:4 ESV

This year I want to criticize less, be less judgmental, and show a little more mercy, compassion, and grace.

I know that’s what I would have wanted when I ran that red light.

Filed under Christian Maturity, Christianity, Do not judge, grace, legalism