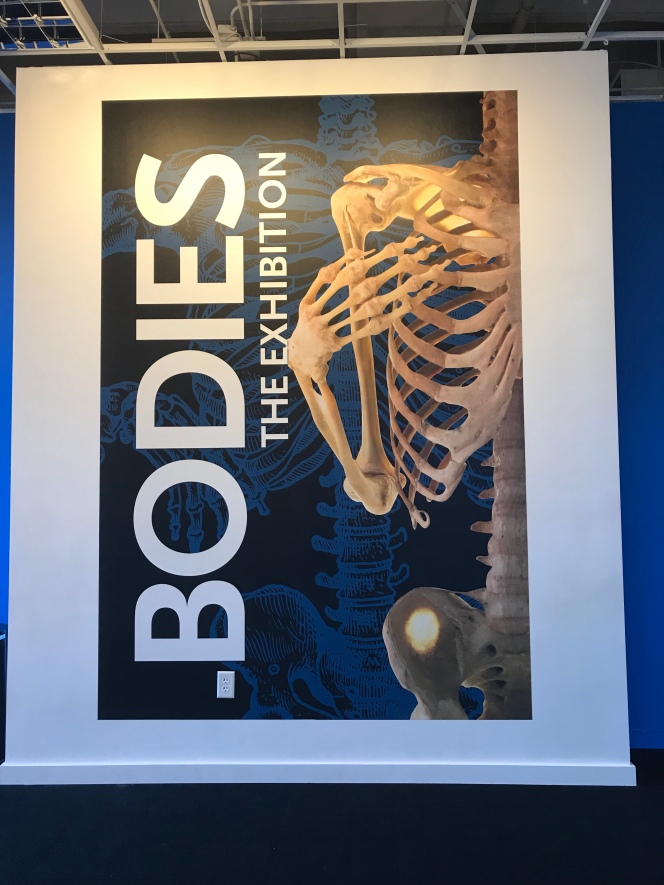 We couldn’t take pictures inside the exhibition.

This morning we Honda’d down to Atlanta to visit the “Bodies” exhibit, a display of actual human bodies in various states of dissection. Yes, we saw dead people.

It wasn’t exactly Christmas, but our trip was a gift to the family by our middle daughter, Katie. She was so excited. It was something she’d first heard about when in Germany last year, and couldn’t wait to see.

So, what was it like? Well, it wasn’t as disturbing as I thought it would be, but it was a little. Honestly, it was hard to convince myself that what I was observing was actual human remains, not props from a horror movie. I had expected to see plain human cadavers, I guess; what I saw, instead, were skinned bodies, sliced bodies, and parts of bodies I still have no idea how they extracted. I guess my sensibilities weren’t prepared to offer an adequate response.

Everything in the exhibit was real, all except for the eyes (except for one man who was reading – his eyes were real).

But what I saw was incredibly impressive. I was able to see actual tendons, muscles, organs, bone – you name it – up close and in context. And most impressive was a whole body gone – except for blood vessels! Seriously! They had different glass cases with various limbs and organs on display, but they actually had one case with nothing but the entire blood vessel system of one male human! Looked like a human-shaped red brillo pad (or steel wool). How did they do that???

Oh, my daughters just informed me how they did that. They took bodies and replaced their blood with a polymer hardening agent died red. Next, they placed the bodies in a solution that completely dissolved the human remains, leaving nothing but the polymer in the shape of the entire blood vessel system. No, there’s nothing sick about that, is there?

And, then, what was the biggest question of the day? My daughters, my mother (who spent 46 years in the blood and pathology fields), and I all asked, “How could all of this complexity been an accident?” 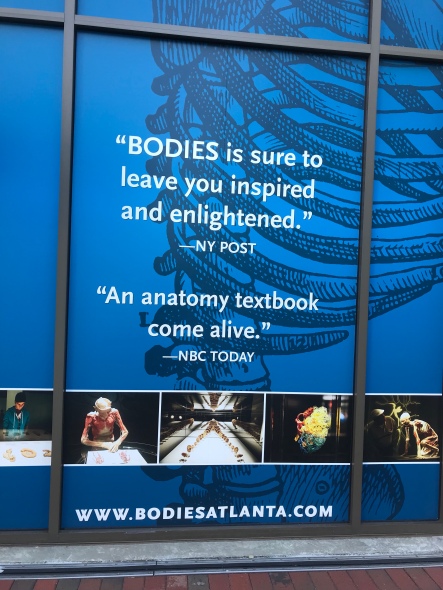 The antagonist-type of atheists who have tried to argue with me over creation have often begged me to show them “the evidence!” in the case for a Designer. Seriously, after going to Atlanta to see what I saw, I can now simply point to ourselves and reply,

5 responses to “Body Exhibit One”