I Don’t Want to be Judgmental, but…

I guess I am just getting old. Those things that I used to hear being said by my peers are now being said by people half my age…or younger. They say things like, “That’s just the style,” or, “What’s wrong with it?” What’s worse, is I am wanting to say the same things that I heard from older people when I was young, such as, “Put some clothes on!” or, “Did your mother really let you out of the house like that?”

I’m recovering, but not cured.

Even though I try not to, I can still find myself being judgmental when I observe other people. You see, being a recovering legalist means that I am not, nor will I ever be, totally cured. I was reminded of this last week when I spent a few hours on the campus of a Christian university. My first thought was, “You’ve GOT to be KIDDING me?” The next thought that crossed my mind was, “These are Christian kids?”

I have spent a lot of time over the years on the campuses (campi) of secular colleges and universities. I know what the kids of the world look like. I can spot a tree-hugging, pot-smoking, left-wing Marxist from a mile off….or can I? Believe it or not, either the liberals have been purging the rolls at U. C. Berkeley, or Christian kids have found a new style.  Who knows, maybe they’re wanting to reinvent the vagabond, wandering prophet, hippie-Jesus look of the ’60’s? Maybe it’s their attempt to reach the grunge crowd.

Go ahead and say it, “You’re being too judgmental.”

You may be right. The thing is, though, I thought that Christian young people (assuming the ones on campus are Christian) are supposed to live by a higher standard. That is the way my children are taught. My girls know better than to try to dress like “prosti-tots” out to pick up a fuzzy faced, hormonal, boyfriend-of-the-week. They have more respect for their reputations than that. Shouldn’t it be expected that older, college-age followers of Christ should know better?

Sadly, many, if not most young people, even in the Church, are not being taught how to dress. Before they are barely out of diapers, many children are allowed to pick and choose the clothes that they like, based on what they see advertised or worn by their favorite singer or over-rated, over-paid Nickelodeon idol. By the time they get old enough to go to high school and college, there is no turning back. They wear what they want, even to church, and bristle with indignation when it is suggested that they should cover their legs or put on a sweater.

Back in my day (again, sounding like an old man), kids that attended Christian colleges were expected to dress differently. Granted, the standards may have been a little strict in some ways; but what is better, some standards, or none? The college boys and girls, young 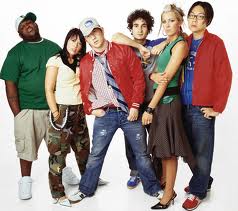 men and women, that I observed the other day looked either like wanna-be’s from the hood, rejects from a Goodwill store, barefoot hillbillies, brother-in-law bums, cheerleaders on the prowl, or morons that let their blind mothers dress them. I know, I’m being too judgmental. Maybe they just want to look like their favorite Christian band.

Here’s the real problem: we’re getting too comfortable with the culture and not giving our children proper instruction. The last place I would expect people to look like lazy, disrespectful, jobless bums, or shameless, clueless, hormone magnets is a Christian campus. On the other hand, if parents, grandparents, and godly mentors are not taking the time to teach what is proper, or even model correct behavior,  what hope do we have? We should, as adults, accept the responsibility for teaching our children that how we dress makes a statement about our beliefs. Consider Paul’s words to Titus:

Tts 2:4-7 NLT – These older women must train the younger women to love their husbands and their children, to live wisely and be pure, to take care of their homes, to do good, and to be submissive to their husbands. Then they will not bring shame on the word of God. In the same way, encourage the young men to live wisely in all they do. And you yourself must be an example to them by doing good deeds of every kind. Let everything you do reflect the integrity and seriousness of your teaching (bold italics mine).

Tennessee Temple University has a motto that should sum it all up: “Distinctively Christian.” How are we teaching our youth and young adults to be “distinctively Christian” in an increasingly sensual, rebellious, self-worshiping world? Even more, how far are our Christian Universities willing to go to avoid being labeled “legalistic?” I don’t want to be too judgmental, but is it possible that somewhere along the line we backed away from taking our teaching [doctrine] seriously, trading a “Pharisaical” evil for a casual one?

* For the record, the above picture is of the Christian band, Superchick, which does have some really good music with powerful lyrics.