My two cents on the healthcare debate…

Should the Affordable Care Act (Obamacare) be repealed and replaced? Well, that’s the big question in the news, and it’s been the Republicans’ big promise for the last six or seven years.

Back before it was passed it was promised by the Democrats to be the best thing since sliced bread. President Obama promised, “If you like your health plan, you can keep your health plan. If you like your doctor, you can keep your doctor.” He also promised that the average family’s insurance premiums would decrease by more than a thousand dollars a year.

Obviously, both promises were lies. He knew it…we knew it…everybody knew it. But it still passed.

Year after year the Republicans voted on bills to repeal Obamacare and sent the bills to the President’s desk. Needless to say, he never signed them. He probably never even looked at them. Meanwhile, health insurance premiums went through the roof.

Sure, there were more people covered under Obamacare, but many of them were people who didn’t even want insurance to begin with. On top of that, many that already had insurance had to drop their plans and became the uninsured because of premium and deductible costs.

I personally saw my health insurance cost increase from around $350 a month to nearly $1,300, and that’s with my wife on her own plan! My costs are the norm, not the exception.

Now, after the Republicans have full control of the House, the Senate, and the White House, none of them can come to an agreement. Oh, when they knew Obama would veto anything they sent to his desk it was easy. But now, when they have a President who will sign one, no bill is moving forward, not even for a vote.

Meanwhile, knowing the problems with the Affordable Care Act, Democrats are wanting it to continue with little change. At the same time, believe it or not, Democratic Whip Steny H. Hoyer (MD) is trying to have it both ways. He literally said that President Trump came to Washington with the promise to fix Obamacare, and if he doesn’t then he (Trump) will have to answer for it! What? Talk about not being able to win for losing!

So, regardless of who’s in power and who’s doing what, nothing is getting done. The Democrats loathe President Trump and will oppose him on everything he does, even if he wanted to make Hillary Clinton a saint. The Republican elite can’t stand President Trump either, and so they are also intent on gumming up the works on any legislation he tries to push through. Therefore, no matter what, Obamacare – a true disaster – will continue to be the law of the land.

Except for members of Congress!!

Yes, no matter what law is being forced upon us down here the valley, those on Capital Hill have their own “Cadillac plan” that no one else in the normal world can afford or even have access to. How convenient is that? We get stuck with high premiums, high deductibles, limited providers, dwindling insurers, and a promise that they will keep debating it – even though there’s not even been a vote on when to even do that.

So, here’s what I propose. If the congressional Democrats and Republicans think the Affordable Care Act (Obamacare) is either peaches and cream, or something that can be drug through endless debate while we must endure it, then why not drop your government plan and enroll in the marketplace?

Seriously, if Washington is going to continue to drag this out and milk it for every vote they can get…if it’s something not so bad…if it’s no big deal to let us keep paying for it and dealing with it…go online like we have to and pick out your own plan.

Dear President Trump, please sign an executive order cancelling all special congressional healthcare plans and make both the Senate and the Congress have to abide under the same laws they’ve written for us, We the People.

If Congress can take their sweet time working on it, why not make them live with it?

That’s my opinion, and I’m sticking to it.

Enough with all the bickering and fighting, not to mention the constant maligning of each other in the media, let’s pass some real healthcare reform that is fair, realistic, and responsible.

In other words, submit the following 10 points to Congress, get it approved, have the President sign it, then let’s get on with life.

2. Create a high-risk pool for those with pre-existing conditions such as cancer, etc., and develop ways in which those with chronic illnesses can receive care without affecting premium costs for healthy citizens.

4. Encourage doctors, hospitals, and all medical facilities to list actual prices and offer discounts for cash payments (including payments made from FSA’s and HSA’s).

5. Re-educate the public on what insurance is and is not. Create courses in high school and college which will teach young adults how to manage their healthcare costs.

6. Encourage lower medicine costs by reducing regulations which cost manufactures millions and delay drugs being introduced to the market.

7. Develop a strict, but less-burdensome vetting process which will allow foreign prescription drugs to be sold in the United States, thereby providing more options to the consumer.

9. Encourage self-insurance options for the wealthy.

Honestly, much more could be said about each of the above points, but these alone would have fixed a lot of problems with the previous healthcare system, all without having the government come along and take over everything. 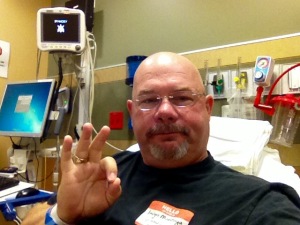 With some common sense everything could be OK.