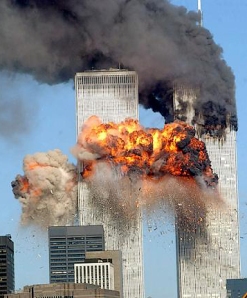 Seventeen years have come and gone, and many have already forgotten what happened on September 11, 2001. But I won’t forget.

Not only will I not forget, I will choose to remember.

I will also choose to remember, and not forget, that America, no matter its current faults and flaws, is made up of a people, who, when push comes to shove, will take the fight for freedom anywhere in the world. We will also defend it. That’s who we are.

5 responses to “I Will Remember”