As you well know – if you know anything about blogging – vacations, sabbaticals, and illnesses will absolutely KILL one’s stats! That is why it is mucho importento to find a way to keep those hits coming, even when you’re not able to post anything yourself.

But I need a break! I need to refill the imagination funnel! What do I do???

Starting tomorrow (Wednesday) The Recovering Legalist will be hosting several guest writers, a few of which are brand new to my audience. As a matter of fact, one blogger I just met this past weekend!

Be looking out for posts from the following friends: 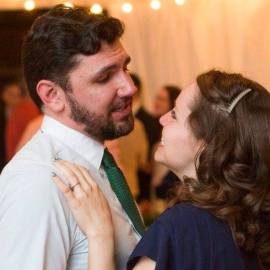 Daniel Klem – Daniel and Caitlin Klem are about the cutest couple you’ll ever meet. I’ll never forget for as long as I live the couple of days they spent with us here in Chattanooga. They live in Arizona, so when we were disappointed one morning to not be able to see the valley from atop Lookout Mountain – because of the low clouds – Caitlin said, “Hey! It’s still water! That’s something we don’t see very often.” Sweet!

David Welford – David has been a blogging friend for a long time – one of my first. We’ve never met, but I hope we will one day this side of heaven. Maybe, just maybe, one day before I die, I’ll see just a fraction of the places around the world he’s visited.

Dawn Liz Jones – Inspriation with Attitude, what more needs to be said? I mean, I’ve never met Mrs. Jones, but I sense in her a kindred sarcastic spirit. Attitude, I’m telling ya’.

Madblog – I’ll let you try to figure out her name, but she blogs at Messages from the Mythical. I don’t think she’s a favorite of the non-complementarians, but that’s my opinion.

Melissa Zelniker-Presser – What can I say about Melissa? Let’s just say she ain’t Baptist; she knows about real law (not just Moses kind); and for heaven’s sake, don’t call her a Gentile. Melissa is also a friend – so be nice or I’ll “unfriend” you.

Rachel Smith – I met Rachel and Richard Smith at their booth at Jfest 2016, a Christian music festival in the Chattanooga area. What immediately caught my attention was the name of her ministry…Transformed Wife. Then, there on the table, I saw a t-shirt which I was later given; it said, “Transformed Husband.” Rachel hasn’t been blogging that long, so why don’t you subscribe to her site? This couple has a heart for saving marriages.

So, make sure you keep coming back the next several days…even though they don’t create monkey videos, I’m positive there’ll be some really great things to read!  😉

OH! Please check out each guest blogger’s blog, too!

OH! OH! … The Recovering Legalist (me) does not necessarily approve of everything on all the other blogs. So there, that’s my disclaimer.

2 responses to “Guest Posts a Comin’!”