YHWH vs BAAL: Should God Be an “Option”?

This week is our Spring Break in Chattanooga. On top of that, I have several very pressing and serious things to deal with (I could use your prayers). That is why I decided to post something a little different for today.

The following is part of a paper which was attached to a presentation I gave in a Theology of Missions class at Temple Baptist Seminary in 2012. Enjoy!

The question that needs to be asked is: did the people of Israel ever offer Yahweh as an alternative to Baal? Much of modern Christianity has resorted to offering Christ as an alternative to the gods of this world. They say, “Choose Christ,” or “Give Jesus a try.” But did the ancient followers of Yahweh do this? Did they ever consider their God one of many choices? Did they try to convince the Baal worshippers of the day that God was a “better” God to worship? Or, did the children of Israel present God as the only God to which there was no alternative?

On the third of December, 2008, Pastor Rick Warren appeared on the Fox News program “Hannity and Colmes.” During an interview promoting his new book, The Purpose of Christmas, co-host Allan Colmes questioned Warren about his [Warren’s] belief in Jesus. Colmes asked, “All right. Let me ask you: you talk about, OK, so you think everybody needs a savior.” Warren responded with an “I do.” “Well, what about those people who don’t — you know, I happen to be Jewish? … What about — what does it say for all those people who do not accept Christ as their personal savior?” 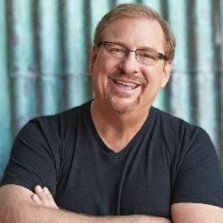 The response that Rick Warren gave to Allan Colmes’ question on national television stunned many evangelicals. He said, “I’m saying that this is the perfect time to open their life, to give it a chance. I’d say give him [Jesus] a 60-day trial.” “Like the Book of the Month Club,” said Colmes. “Give him a trial,” replied Warren. “See if he’ll change your life. I dare you to try trusting Jesus for 60 days. Or your money guaranteed back.”[1]

Where does the Christian church of today find biblical support for such statements? Was that the kind of offers being made to the inhabitants of the Promised Land? Did Joshua ever tell the 12 tribes of Israel to go out into the land which the LORD had given them and offer a 60-day trial membership? Well, if they offered Yahweh as a “choice” among other gods, then they might have served well at Saddleback, Pastor Rick Warren’s church.

Let us therefore examine some of the differences and similarities between Yahweh and Baal; compare how each was worshipped; and then consider whether or not followers of Yahweh might have given the followers of Baal a “60-day challenge.”

Baal was the proper name of the primary competition to the God of Israel, Yahweh. However, it might be a little confusing to see both Baals (Heb. be˓ālîm, e.g., Judg. 2:11; 3:7; 8:33; KJV “Baalim”) and Baal (e.g., 6:25, 28; 1 Kgs. 16:32; 18:21) as worshipped by the surrounding peoples in the Old Testament.[2] Both were the names for the same deity, but one (Baalim) was the plural form, similar, but not exactly like Elohim. We also read in the Bible of Baal-hazor (2 Sam. 13:23) and Baal-hermon (Judges 3:3), and what has been assumed is that Baal was a generic term used for local gods, the last part of the name (such as Hermon and Hazor) being the city in which that local god was associated. However, recent scholarship has come to favor the idea that “only one deity specifically named Baal was worshipped in each region,” and the different names were only a reflection of that fact.[3] Baal, then, was probably not many different gods, but one male deity, with the additional suffixes attached to describe associations with regions where he was worshipped.

The idea that Baal was simply the name given to local idols and false gods does not give credit to the meaning of the name. The Hebrew word ba’al  carries with it the idea of a god that is multi-regional and overarching, not just one of many lesser gods. The name Baal means “master,” “possessor,” and “husband.”[4] Some have suggested that Baal was one of the classical gods of mythology, such as Zeus, Jupiter, or Hercules,[5] but the evidence to support that theory is lacking. More than just a local deity, or a small god, Baal was evidently thought of more as a god over all things, the supreme god, even amidst a polytheistic culture.

What made Baal worship so attractive to the Canaanites, and also the Israelites? Baal worship attracted the Canaanite, as well as the Hebrew, because the benefits promised appealed to natural needs and base senses. Essentially, it was a fertility cult. The “promise of agricultural, animal, and human fertility…sacred prostitutes, sexual activity, and imitative magic to insure fertility in every area of life”[6] made Baal worship not only hard to resist, but seem more exciting than Judaism. The three basic elements of the theology of Baal worship (Relation to cycles of nature; Immortality; and Polytheism) further enhanced its appeal.[7] But nowhere is it suggested in scripture that Baal worship was to be exclusive. Even though Baal may have been the chief god in the Canaanite pantheon, [8] other gods were also worshipped. It was not uncommon, even, for later Hebrew kings to attempt to serve both Baal and Yahweh.

The God of the Hebrews, and consequently the God of the Old Testament, was and is Yahweh. The name, spelled Yahweh today, was not the way it was originally spelled, because the original Hebrew did not include vowels. Known as the Tetragrammaton (meaning “four letters”), Yahweh was spelled YHWH.[9] The only thing is that because of such commands as not to take the Lord’s name in vain (Exodus 20:7), Jews started using the word Adonai (Lord) in the place of YHWH, which was spelled with all capital letters in most English translations as LORD. No one really knows, though, how YHWH is to be pronounced. However, “most scholars today believe that YHWH was probably pronounced Yahweh (Yahʹ weh).”[10] Jehovah (Jĕ hōʹ vah) is the English transliteration of Hebrew text’s current reading of the divine name Yahweh. [11]

Like with Baal, there are multiple names found in the Hebrew Scriptures for God. However, YHWH, or Yahweh (also spelled Jehovah) is the supreme name given by God to describe Himself to Moses.

“The name was given by God to Moses at the burning bush, and was linked to the Hebrew verb hāyāh (‘to be’). God defines himself as ‘I am’ and the word YHWH therefore means ‘he who is’.”[12] This name is then linked to other names, therefore describing the eternal characteristics of His nature, such as Jehovah-Heleyon, the high and lofty One that inhabits eternity (Isaiah 57:15), and  Jehovah-M’Kaddesh, the LORD who sanctifies (Leviticus 20:8).[13] The difference between Yahweh and Baal, however, is that each of these names is linked to one of His attributes and the way he deals with men and women, not simply the name of a location in which He is served.

An even greater distinction between Baal and Yahweh is that God desired to be personal in His relationship to His people, Israel (and by extension, all those who follow after the faith of Abraham). God told Moses, “And I will take you to me for a people, and I will be to you a God: and ye shall know that I am the LORD your God [YHWH], which bringeth you out from under the burdens of the Egyptians” (Exodus 6:7). In Numbers 15:41 Yahweh said, “I am the LORD your God, which brought you out of the land of Egypt, to be your God: I am the LORD [YHWH] your God.” And instead allowing for the idea of polytheism as with Baal, YHWH demanded total allegiance when He said, “Thou shalt have no other gods before me” (Exodus 20:3). Why did God bring Israel out of Egypt? It was so that Israel “might know that the LORD is God; there is no other besides him” (Deut. 4:35 ESV). God chose Israel that all the people “may know, from the rising of the sun and from the west, that there is none besides me; I am the LORD, and there is no other.” (Isa. 45:6 ESV).

So, now the question should be asked, “Would the children of Israel, the Hebrew people called out of slavery by YHWH, the One who said, ‘I am the LORD, and there is no other,’ ever offered Him as a ‘choice’ among many gods, including Baal? Is it conceivable that the Hebrew people would have gone into the Land of Promise and said, “Try YHWH for sixty days, and if you don’t like Him, if He doesn’t meet your self-defined needs, then ask for your money back?” It seems highly unlikely, that is for sure. In Deuteronomy (6:13-14) we read where the LORD said, “Thou shalt fear the LORD thy God [YHWH], and serve him, and shalt swear by his name. Ye shall not go after other gods, of the gods of the people which are round about you…” The God of Israel went on to say in verse fifteen that “the LORD thy God is a jealous God among you,” so the option to serve other gods would have been out of the question, “lest the anger of the LORD thy God be kindled against thee, and destroy thee from off the face of the earth.” If YHWH was so particular about the fact that He was the only God, then what purpose would it have served to offer the option of anything other than total worship? It is the author’s opinion that Yahweh was never offered as an alternative or option to the gods being served by the Canaanites, rather He was introduced to the Canaanites as the ONLY God. There was “no other.”

The modern idea of offering God as an “alternative” or “option” among many other choices (gods), in the author’s opinion, would have been out of the question in Joshua’s day. The children of Israel were chosen by God to take the glory of His name unto all the nations, to declare Him as the only God, and to declare all other gods dead, dumb idols made by men. The Hebrew mind would have thought completely heretical the idea of offering a trial relationship with the great “I AM.” Why then should the modern believer in Jesus (who said, “Before Abraham was, I AM”) offer Him with a “money-back” guarantee? Jesus said, “If any man will come after me, let him deny himself, and take up his cross, and follow me” (Matt. 16:24). Nothing about being nailed to a cross implies a temporary trial relationship. Following Christ, as was following Yahweh, is a total commitment. And part of that commitment is the understanding that there is “no other gods” from which to choose.

Presenting Jesus Christ should never be done in such a way that implies that other gods could, in theory, be a better alternative. To offer Jesus as an “option” who could be “tried” for a period of time implies that the one offering may concede that other options may be “better,” hence the offer of a “money-back” guarantee. Worshipers of Yahweh knew better. So should we.

2 responses to “YHWH vs BAAL: Should God Be an “Option”?”